The Communication of Friendship 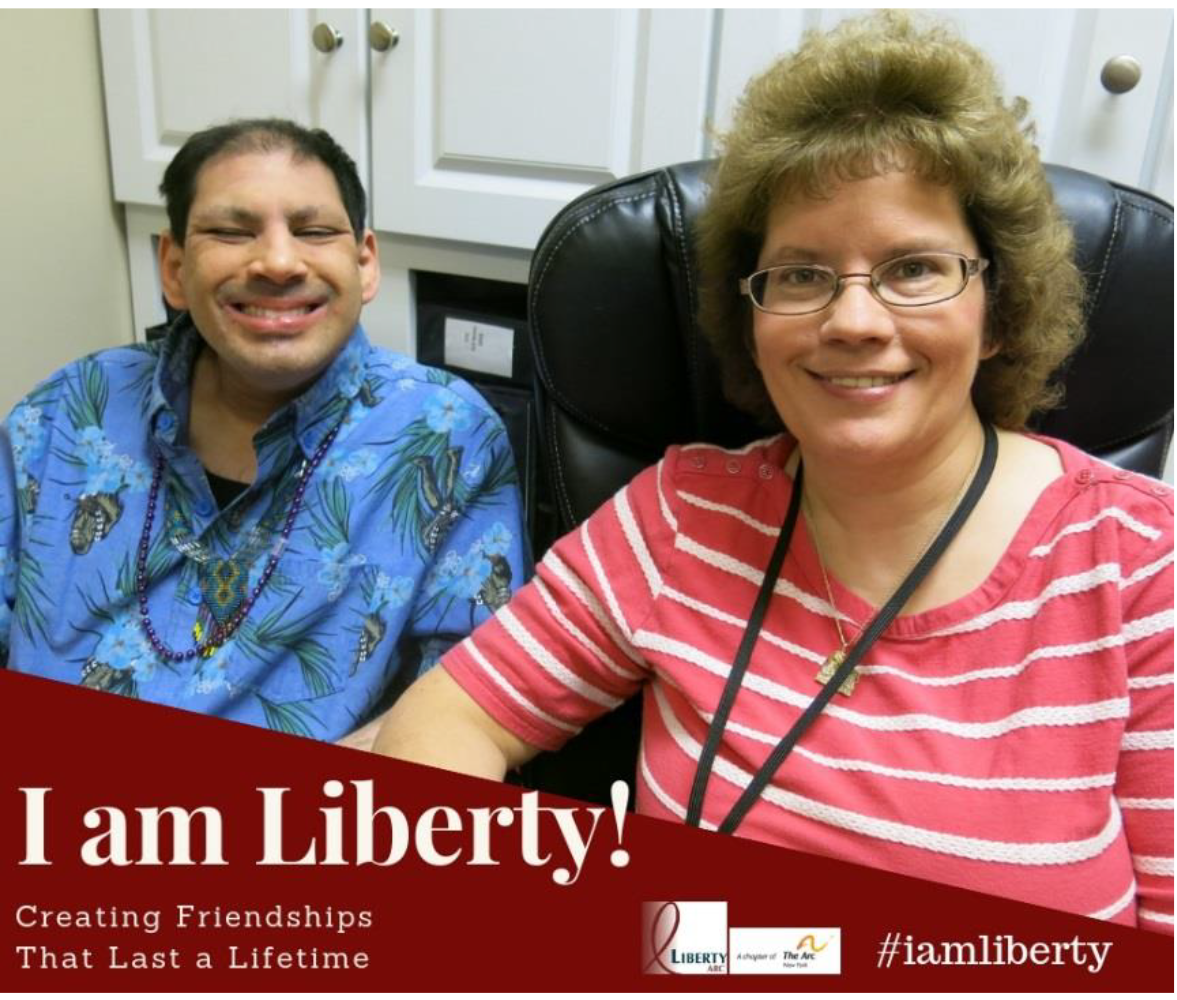 “What did the dog say to the sandpaper?” Joey Then’s joke app on his iPad asks.

Joey waits a few seconds to see if anybody knows the answer, when nobody responds, he presses the answer button.

“’Ruff’,” the app answers. Everybody laughs, including Joey.

Joey’s always had a great sense of humor; he’s always enjoyed playing pranks on people and learning new jokes – he’s very comfortable when people are laughing around him. When Joey started using his first Dynavox (assistive technology for communication) more than 20 years ago, however, he was embarrassed and uncomfortable in his speech sessions with Patty Reksc, Liberty ARC’s current Supervising SpeechLanguage Pathologist (SLP).

Patty originally started working with Joey when Joey was still in high school. He’d come to Liberty ARC during summer vacations for speech therapy with Patty.

“I’ve known Joey for more than 20 years,” she said. “He’s very smart, but when he’s unable to properly express himself it makes him uncomfortable – like anyone would feel. Together, Joey and I realized that using jokes on whatever piece of technology he was using at the time made him comfortable enough to open up and communicate.”

Patty and Joey meet twice a week for speech therapy. During their sessions together, they walk around the halls of the Day Program building and Joey tells jokes – those who answer jokes correctly get a piece of candy from Joey. Joey also checks in with Patty at least once a day, usually twice if he has the time.

“Joey and I are great friends,” she said. “We talk about everything from our dogs to our sports teams – he’s a Yankees fan and I’m a Red Sox fan, so we always have fun picking on each other. He’s incredibly resilient and very gifted in many ways. I admire him every time we work together.”

Patty has been an SLP at the agency for the last 32 years. She’s been working with Joey for more than half of her time at Liberty ARC, and in that time she’s seen his confidence with communication increase immensely.

“Joe’s grown so much in the years we’ve worked together,” she said. He continues to grow and there is so much more potential for him to communicate even more. He’s a wonderful example of someone who is limited in his ability to communicate verbally, but has so much more to say if you just listen and give  him a chance and believe in him. It has been a long and rewarding journey to see how much growth his confidence and ability to communicate have come. He’s truly grown up to be a very confident, proud man.”

Patty’s favorite aspect of working with Joey and all of the individuals at Liberty ARC is the opportunity she’s given to see them grow.

“I truly enjoy what I do on a daily basis,” she said. “I get to help improve the quality of life for someone who experiences a communication disorder and it’s given me the chance to meet some wonderful individuals over the years, and I’ve formed some really special friendships – especially the one I have with Joe.”

Patty’s advice to anyone considering a position at Liberty ARC is to simply listen to the individuals being supported.

“Not being able to speak is not the same as not having anything to say,” she said. “The individuals we work with have so much to say if you’re willing to take the time to listen.”

FacebookTwitterYoutubeLiberty ARC is proud to announce our partnership with Silver Graphics! This exciting new opportunity allows you to purchase amazing artwork created by participants of our "Liberty Through the Arts" program. Click here for more information on this...

FacebookTwitterYoutubeDiscover the rewards of working in Direct Support at Liberty ARC - making a difference in the lives of wonderful people. We have openings in Amsterdam, Canajoharie, Fonda, Fort Plain, St. Johnsville, and more! Check out our careers page for the...