From DSP to Director – Liberty ARC provides Pathway for Advancement 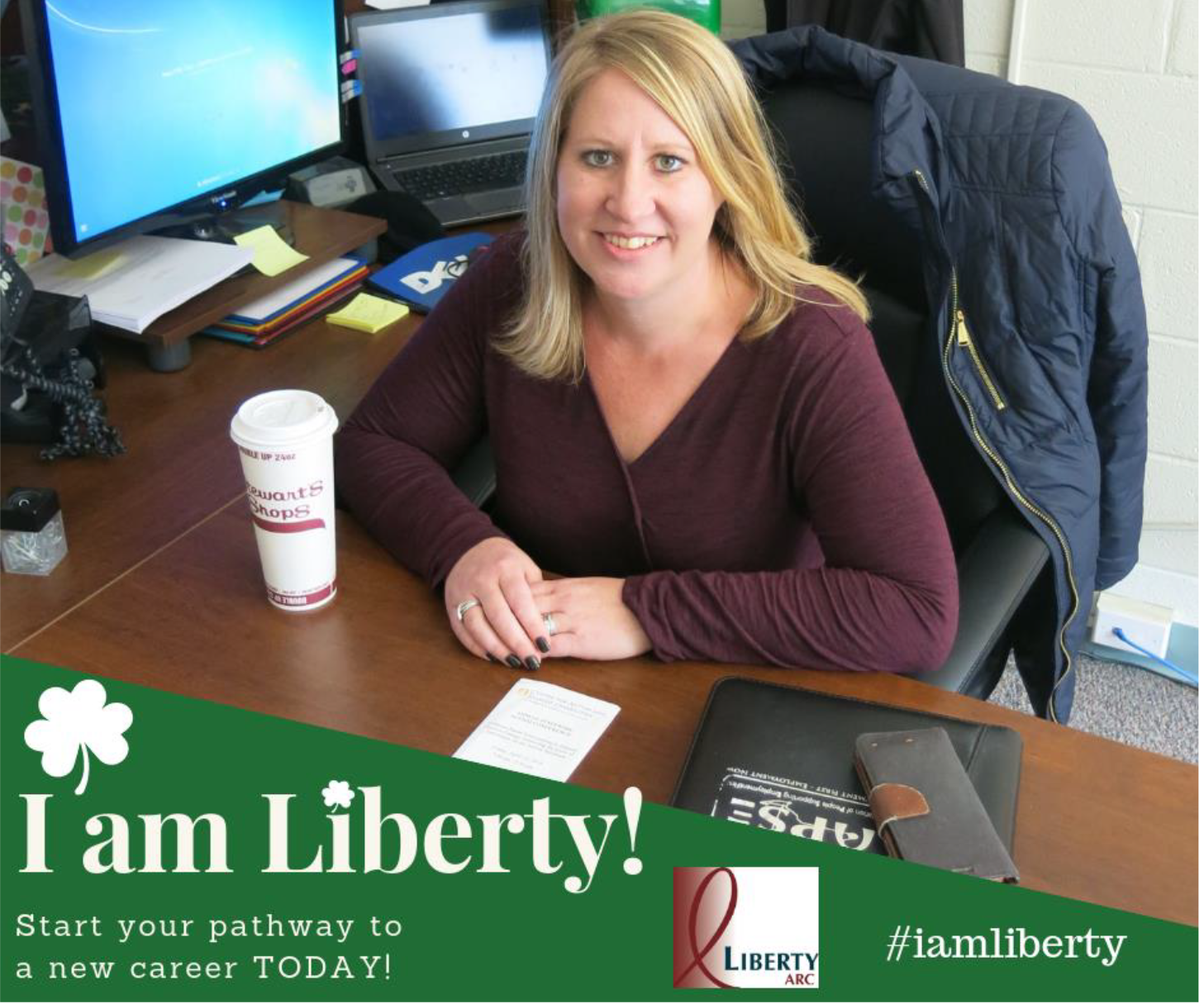 “It may be cliché, but when you love your job you’ll never work a day in your life,” is the advice from Erin Abele, Liberty ARC’s Director of Employment Services & Industrial Operations, to new employees at the agency.

Erin will be celebrating 20 years at Liberty ARC this summer. She’s worked in many different roles, starting as a Direct Support Professional (DSP) while attending college fulltime. She worked as a relief DSP throughout the day, residential and family support services programs. The position allowed her the flexibility to go to her college classes and work simultaneously.

“I loved working relief and being able to get to know people and provide support from the various aspects of their life whether it was enjoying a special trip or event, having a birthday party at their home and being introduced to their family or being a friendly, comforting, familiar face when a person was ill in the hospital,” she said.

Erin says starting out as a DSP helped create the important foundation for her future advancement at the agency because she was able to get to know, build and bridge trusting relationships with many of the individuals Liberty ARC supports, as well as their family members, her coworkers and many of the leaders at Liberty ARC.

Shortly after starting her position at the agency, Erin knew she wanted to turn her job into a career; she wanted a meaningful and rewarding job “forever.” So, she transferred to SUNY Albany to finish her Bachelor’s Degree – pursuing a minor is Psychology, and was hired as a Service Coordinator at Liberty ARC after completing her degree.

“Since being hired as a Service Coordinator in 2003, I’ve had the opportunity to be promoted into a variety of other capacities which have provided me additional experiences and skills to continue to advance my career,” she said.

“In every position, I have always felt that I have had the direct opportunity to improve a person’s life,” she said. “As I’ve advanced throughout the agency it is important to me that I maintain close
relationships with those I support and that I influence my team and other leaders in a way to which they too love their job and also feel they make a difference.”

One memory Erin has, while working as a Residential Manager, that will stay with her for the rest of her life; she helped an individual reconnect with one of his brothers he hadn’t seen since being placed into an institution in Long Island when he was six years old. This individual had vague childhood memories of his three younger brothers and would talk about them often, despite not seeing them for nearly 60 years.

“Being a part of helping him locate and reconnect with one of his brothers was an amazing experience,” she said. “The two of them had an immediate bond that you would have never known was broken.”

When the individual passed away, his brother wanted him to have a traditional Jewish funeral service in Long Island. He invited Erin to his home to take part in the traditions.

“It was a once in a lifetime experience that I’ll never forget,” she said.

Erin says Liberty ARC is the place someone would work if he or she wanted to start the pathway to advancement in his or her career but also wanted a fulfilling position that would always be rewarding and always provide motivation from other staff and individuals.

“Every day I witness the overwhelming commitment that our staff provide to their job,” she said. “I also witness the courage and resilience the people we support put forth to accomplish amazing things both big and small. The staff and people we support are what keep me motivated to be the best I can be.”