Liberty ARC – Keeping it All in the Family 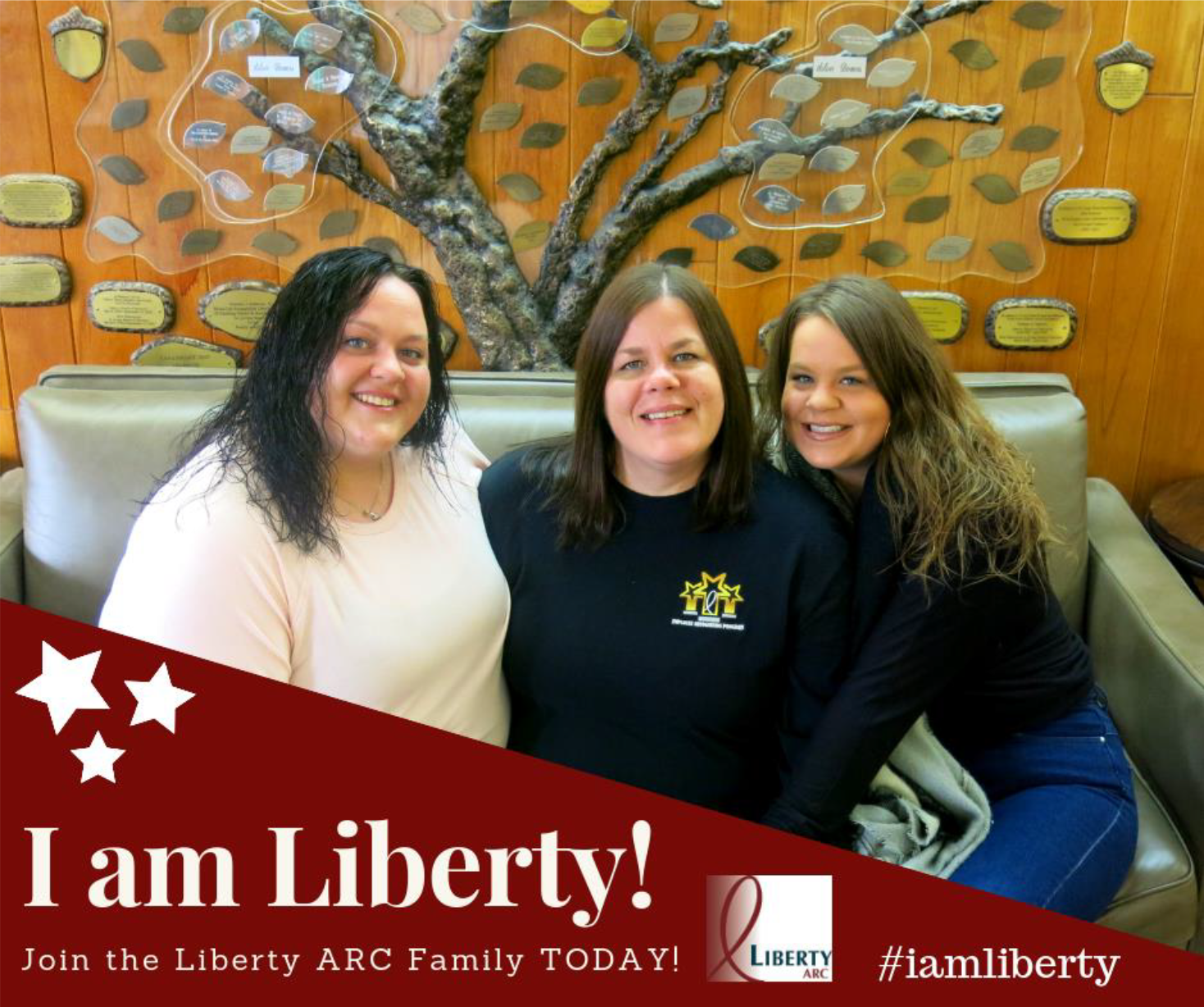 Jessica Marotta, Kaitlin Kretser and Sheree Kretser all have different reasons for starting their positions here at Liberty ARC, however, this motherdaughter trio has continued to remain a part of the Liberty ARC family for the same reason.

“I speak for all three of us when I say it’s the individuals we support,” Jessica said.

“We love them. We love their smiles and how the little things can make them happy – it makes us happy. How can it not?” Sheree added.

Sheree, Liberty ARC’s Facilities Assistant, started working for the agency in 1997. Originally, she worked in the clerical pool in the Day Treatment Center, then when she returned from maternity leave after having Kaitlin, she took a position in the Facilities Department. Sheree is a hard worker who received Liberty ARC’s 2018 Support Department Employee of the Year award.

Sheree’s daughters, Kaitlin and Jessica, both work in roles to support individuals. Jessica, who started working at Liberty ARC in 2013, is an assistant manager of a residential home, and Kaitlin, who began for the agency in 2015, is a Habilitation Specialist in a Day Hab Program.

“I started here at Liberty ARC in 2013 as a Residential Direct Support Professional and I worked all of the different shifts,” Jessica said. “I left for a little while to explore some other career avenues, but I came back here because I loved the individuals so much and missed it.”

Jessica was influenced by her mother, Sheree, to work at Liberty ARC, because she’d listen to Sheree talk about how happy the individuals she met made her.

Jessica’s older sister also influenced her to start working in this field.

“My older sister worked for a similar agency and she would bring individuals to our Christmas parties and other family functions,” she said. “I loved meeting them and I loved the joy they brought with them and it really made me want to work in that role.”

Jessica said she quickly realized she wanted to turn a job at Liberty ARC into a career.

“I knew I wanted to move up and there’s always the opportunity to move up at Liberty ARC if you want to,” she said. “People mentor you and help you and you eventually get to where you want to be.”

Kaitlin said she used to come to Liberty ARC with her mother when she was growing up and she did her Medical Assisting internship for school at the agency. She also said that being around the agency so much while growing up made her want to apply for a position.

“Hearing about Liberty ARC from my mom and being around it for school influenced me to work here,” Kaitlin said. “My grandfather told me I would be a good fit for this job before he passed away, and I think he was right.”

Kaitlin also said Liberty ARC is a smart choice for her when it comes to her future endeavors.

“I just really enjoy being here – I love the individuals and the staff I work with,” she said, “but this position also helps me because I want to go to school for nursing and continue working. If I drop down to a relief position here then I can make that happen; Liberty ARC gives me the flexibility to go to school and work.”

Sheree is pleasantly surprised both of her daughters work for Liberty ARC.

“I never thought my girls would be working here with me,” Sheree said. “But I’m happy to have my family join my Liberty ARC family.”