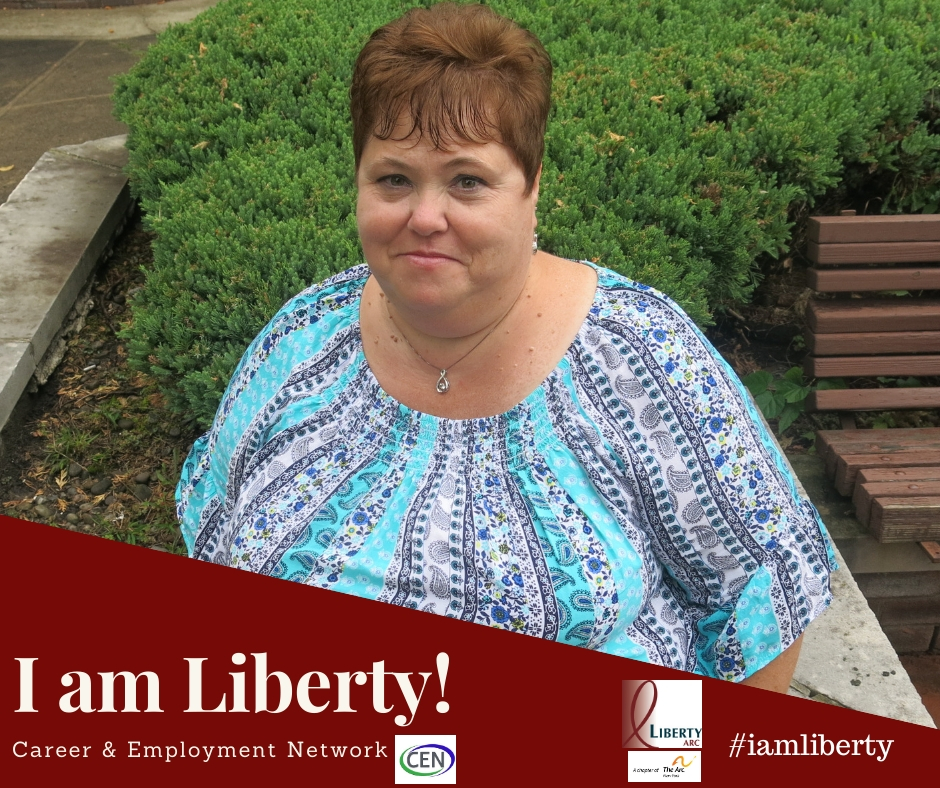 “I initially was interested in this position because of my brother,” she said. “He had a disability and he worked. Working was important to him and it gave him independence and self-confidence. The agency he received services from really took care of him and it was noticeable. When he passed away, I decided I wanted to give back and devote my time to supporting those like my brother.”

Cyndi said she enjoys seeing the individuals she supports strive for promotions and set goals for themselves and take steps to achieving their goals.

“There’s a young woman on my caseload who works as a receptionist,” Cyndi said. “She’s applied for a full-time receptionist position, but she hasn’t been hired because they don’t think she has the skills for full-time yet. She’s very determined, and she’s been working very hard at improving her skills and checks in with me frequently. I’m proud of her.”

Cyndi said she thinks it’s important to recognize the hard work of those with disabilities.

“It’s important for people in society to be aware of how many people with disabilities do work and are out there trying their best to achieve their goals,” she said.

Back to School With Liberty ARC

“I never in a million years thought I’d go back to school…but I did,” Jane Ryle said. “And I’m so happy and proud that I did – it really boosted my confidence in my personal life and my professional life.”
Jane works a full-time job during the day doing administrative job recruitment for a home health agency, and at night she works as a full-time Direct Support Professional (DSP) Sleep-In for Liberty ARC.
Jane’s been working for Liberty ARC for 27 years, and during that time she’s worked in many different capacities as a DSP.

From DSP to RN – Educational Opportunities at Liberty ARC

“Liberty ARC is my home away from home,” Liz Ubiles said. “Working for this agency for 10 years has made me who I am. The support I received while I was going to school was so amazing that I wanted to stay after I graduated.”